We have started to build the large wooden frame that will be used to support the tarps that will cover the boat.  We had a few false starts due to concerns by the trust over health and safety, the original plan was to create a sloping roof, supported outside the boat by large 3x2 timbers, braced with plywood at the corners to give added strength.  We ordered the timber and were about to start when the trust expressed their concerns, so we changed the plan.

The new design consists of a structure that follows the rough contours of the outside edge of the boat, but the frame is supported internally by the support structures within the boat.  This will require cutting holes in the deck, but as the deck needs to be replaced its not so much of an issue.  What it does mean though, is that as the deck is rebuilt the tarps will have to come off, which will leave her open to the elements.

First stage was to build four large frames that will be strengthened using cross beams and plywood corners, below we can see the first three in place, each are bolted to the other and glued/screwed using polyurethane glue: 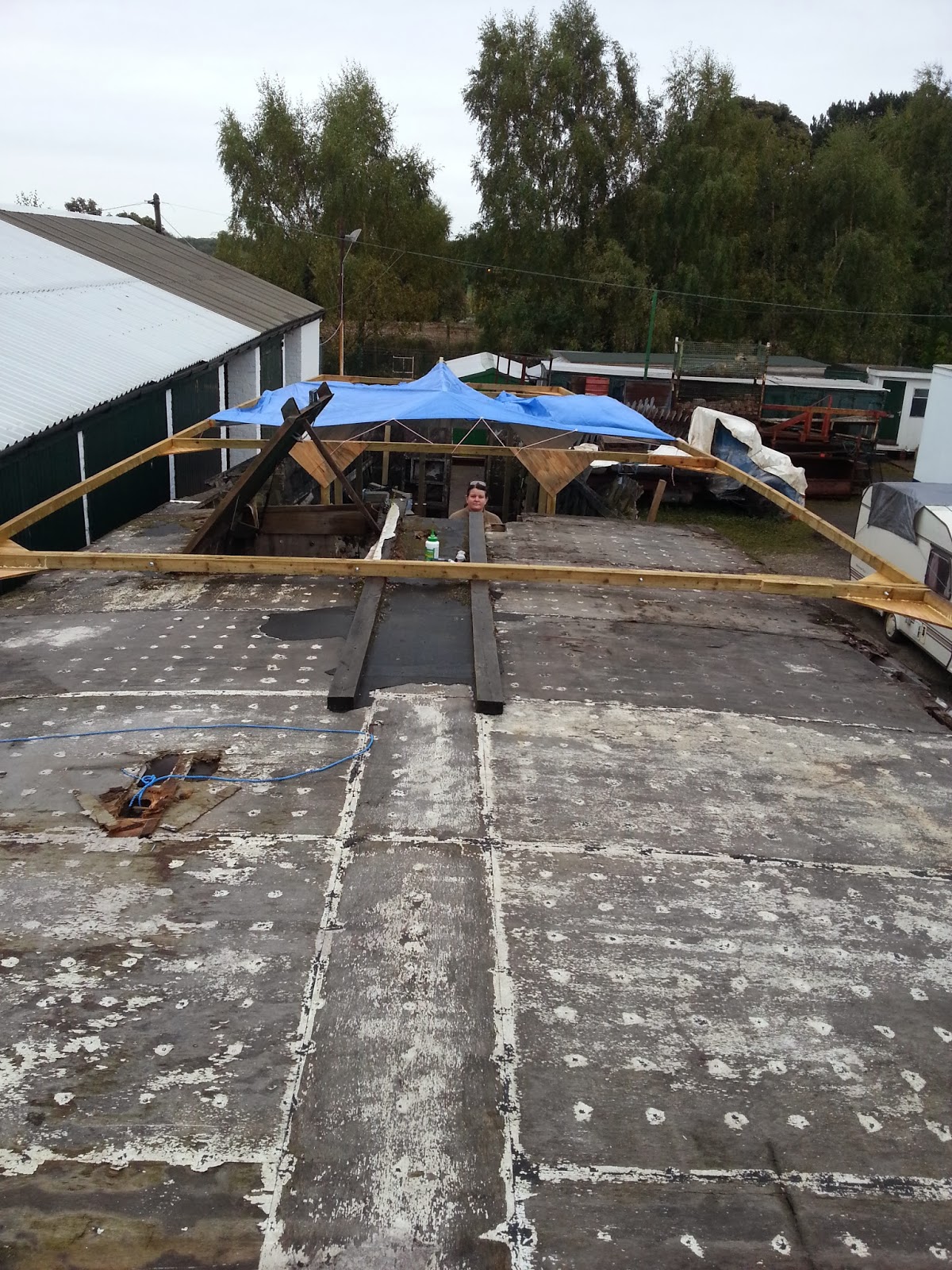 You get an idea of the size of the boat when you look down her length like this.
at 20:47
Email ThisBlogThis!Share to TwitterShare to FacebookShare to Pinterest
Newer Posts Older Posts Home
Subscribe to: Posts (Atom)