Some work was being done on the roof of Hangar 1 (Building 18) North Annex and one of the guys took a photo of 2552 from the roof in her new position: 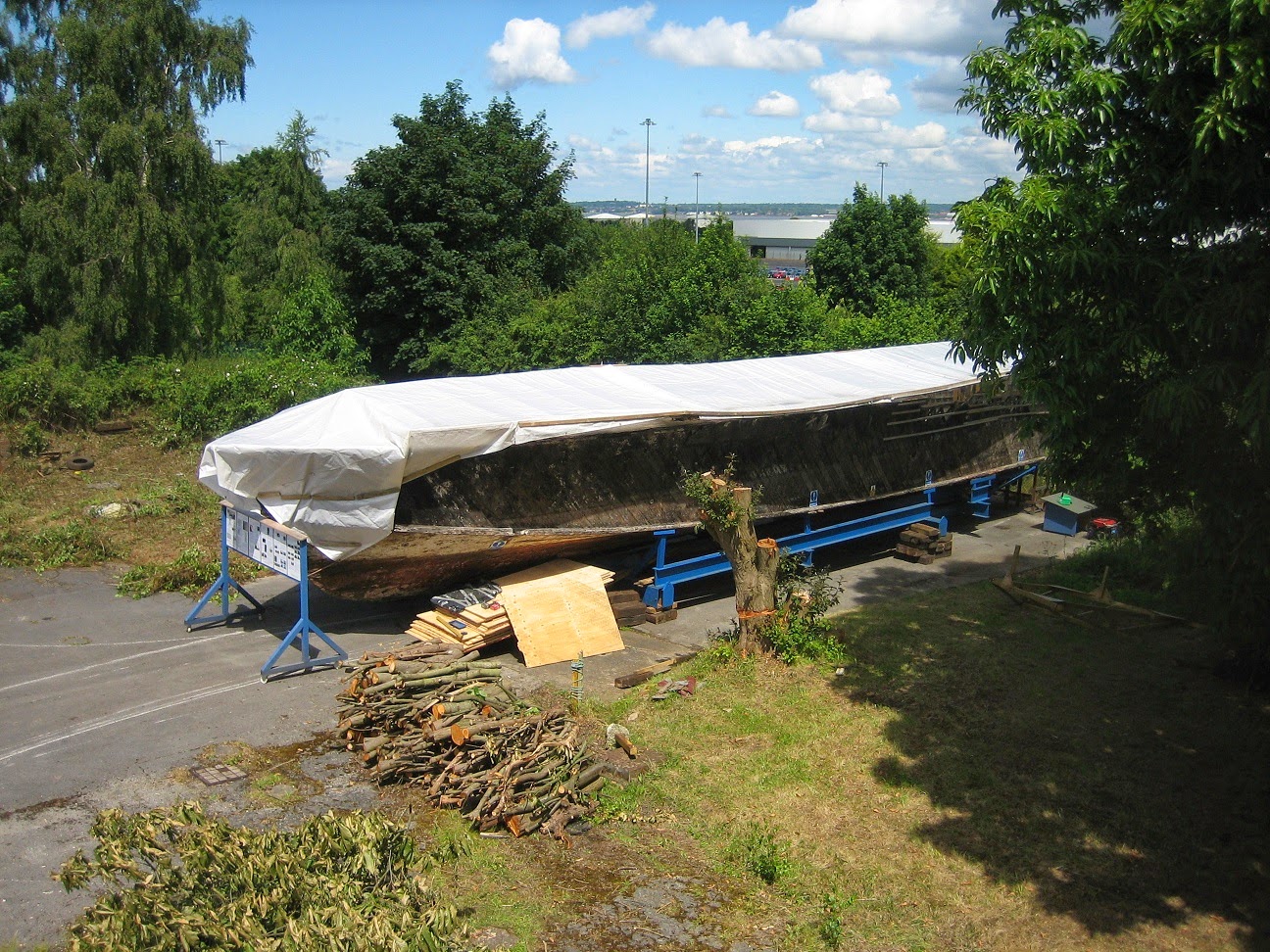 at 23:47
Email ThisBlogThis!Share to TwitterShare to FacebookShare to Pinterest

Its been a good long while since I posted anything, but that is because work on her has come to a complete halt, mainly due to issues where she was, I use the past tense because we moved her.  Due to her size she was blocking light against the shed she was stood against so the shed was starting to rot, so we decided to move her to another area onsite.

We got in touch with Chris Miller again as we trust him with our project and we sorted out the logistics, on the 26th she was loaded onto a low loader and moved a couple of hundred yards:

Although the photos show a smooth move, which it was always going to be the photo below shows how tight the tolerances were on one of the gates that we moved through and its a tribute to Chris D's skill and experience as a driver that he reversed through without drama: 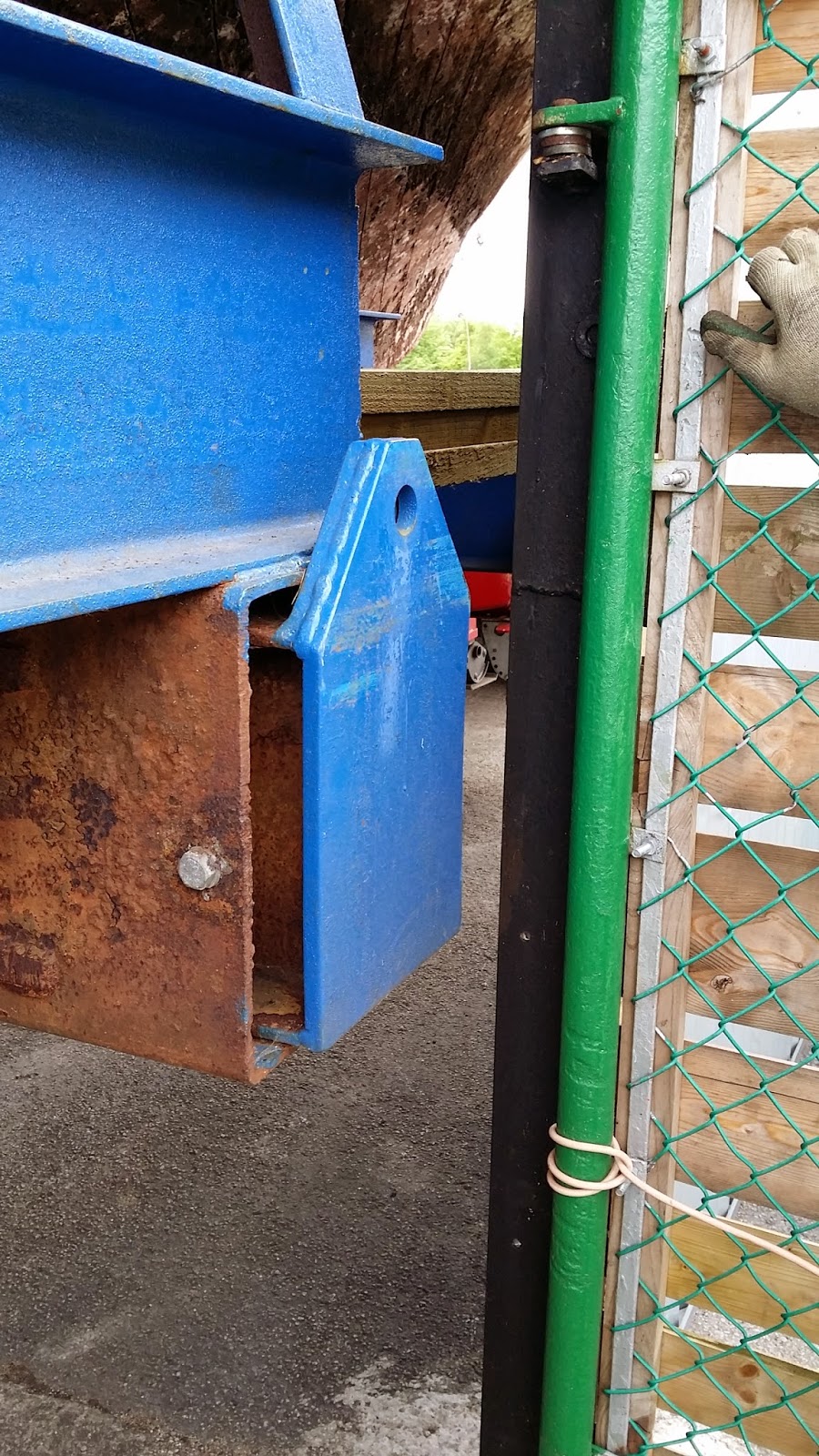 After the move Chris Miller told me that this was the last of the large moves he and his company were doing as he is retiring, it has been an honor and a privilege the work with Chris and his crew: 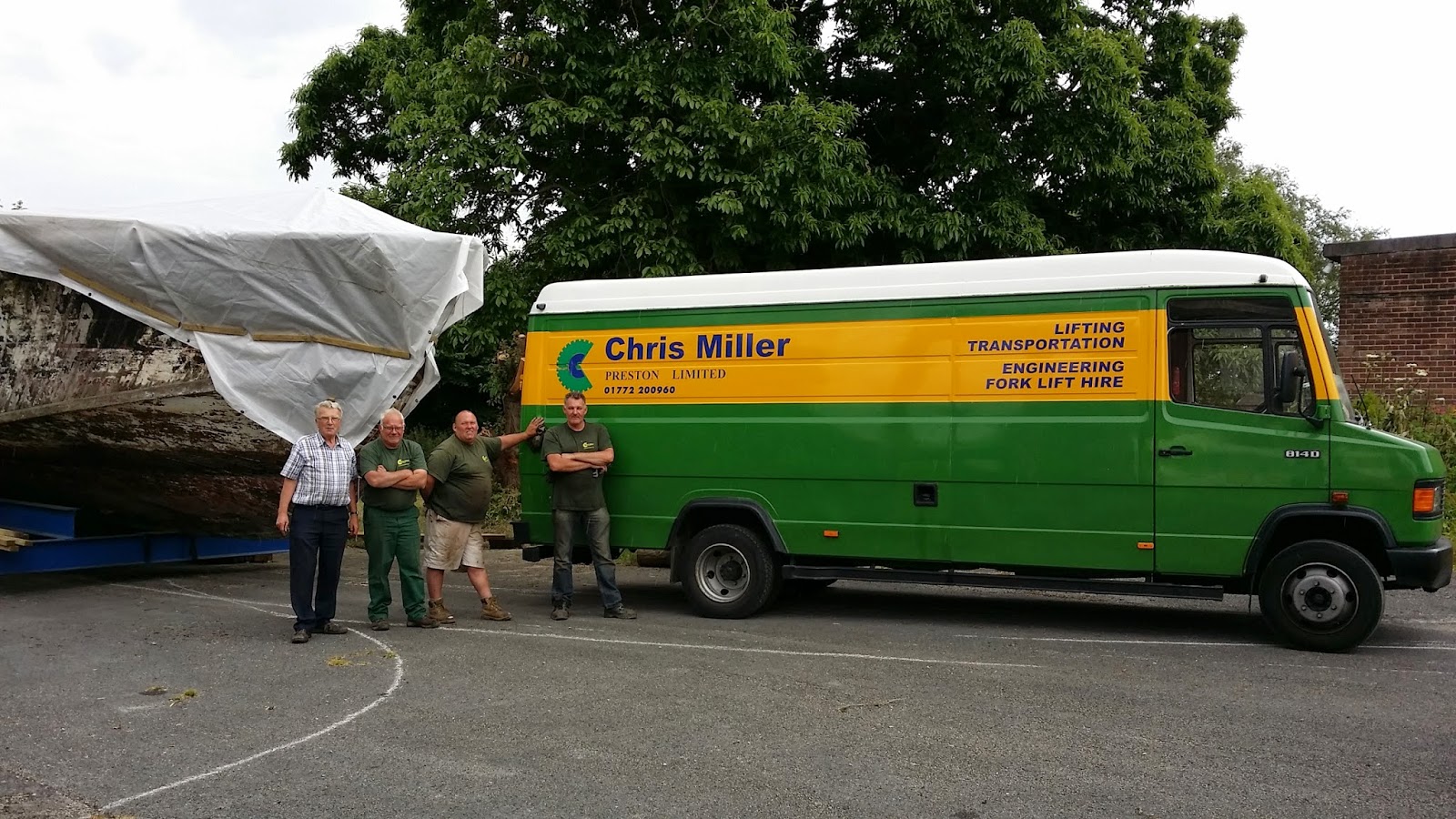